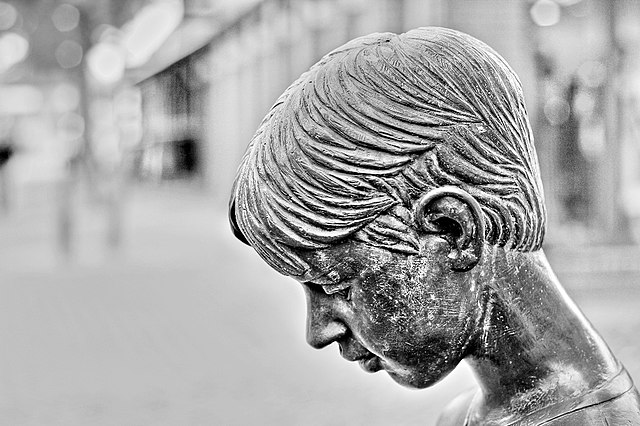 A change in the latest edition of the American Psychiatric Association’s Diagnostic and Statistical Manual (DSM) heralds a trend towards destigmatizing (and ultimately legalizing) pedophilia.

Those who are sexually attracted to children but have not yet acted on their desires are no longer classified as having a psychiatric condition [1].  Only if such persons prove harmful or dangerous will they be diagnosed as having “pedophilia syndrome”.

This raises the possibility that molested children will soon have the legal burden of proving they suffered any harm from the abuse. In fact, it foreshadows a time, not so far in the future, when child molesters will not be prosecutable at all. The stomach roils in disgust.

Vernon Quinsey (professor emeritus in psychology at Queen’s University, Ontario) and Hubert Van Gijseghem (psychologist and retired professor from the University of Montreal) are two of the “experts” who have advised legislators that pedophilia is a sexual orientation, comparable to heterosexuality and homosexuality [2].

Russia has considered outlawing this reclassification, in an attempt to sidestep the controversy [3]. Iran has meanwhile legalized pedophilia [4]. A new law there permits stepfathers to marry their adopted daughters as young as age 13.

Tragically, this is not the full extent of the evil now taking hold in the world.

Daniel Cohn-Bendit, Co-President of the Greens/European Free Alliance in the European Parliament, is promoting pedophilia as a part of his political agenda. END_OF_DOCUMENT_TOKEN_TO_BE_REPLACED

The line between right and wrong is rapidly being blurred. Make no mistake.

“A serious trusting relationship with multiple partners…The reason the government rejects polygamy as a way of living now is because…[t]hey are still forcing religious views and beliefs upon all the citizens, to try and keep everyone stupid, unable to think for themselves and unable to act on their own…”

By the time this is posted, TLC will be hosting two so called “reality” series painting a rosy picture of polygamy: “Sister Wives” and “My Five Wives”. The first of these families has four wives and seventeen children; the second has five wives and twenty-four children.

The commercials for these programs suggest there is nothing out of the ordinary about polygamy, and nothing harmful to children.  No mention is made of the frequent expulsion of teenage boys from polygamous sects [1] or the inherent inequity toward women.

Polygamy (primarily expressed as one man with multiple wives) necessarily creates an imbalance in the number of marriageable males versus females.

To decrease the competition between teenage boys and older men for wives, it is not uncommon for such boys to be abandoned: unsupported, uneducated, unskilled, and emotionally traumatized.  Diversity Foundation and New Frontiers for Families are two of the non-profits dealing with these discarded teens. END_OF_DOCUMENT_TOKEN_TO_BE_REPLACED

What a world it has become.  Headlines scream off the page at us:

Parents Arrested After Allegedly Forcing Girl, 5, to OD on Soda [1].

Certainly, fame and affluence do not assure the safety of children.  Melvin Morse – the doctor mentioned above – had appeared on “Oprah” and “Good Morning America”. Fame may, in fact, foster a sense of entitlement on the part of some predators. They come to believe the prohibition against abuse is for lesser mortals.

And fame seems to provide an exemption of sorts from basic standards of morality.

Woody Allen’s adopted daughter, Dylan Farrow, continues to maintain that the filmmaker sexually assaulted her, some two decades ago [4]. Allen was never prosecuted [5A] [5B].

Woody Allen, you may remember, was, also, involved sexually with Soon-Yi Previn, 35 years his junior. Soon-Yi (whom Allen later married) was another adopted daughter of Mia Farrow, a woman with whom Allen had a longterm relationship. Allen has been quoted as saying, “What was the scandal?…There was no scandal…” [6].

Overseas, BBC star Jimmy Savile was repeatedly investigated, but never prosecuted either. Only after his death was it revealed that Savile had abused a staggering 400 children or more, often while they were hospital patients [7].  The possibility of a wider British pedophile ring with influential members protected from prosecution is still being explored.

The California trial of ex-football player Darren Sharper for rape should be instructive. Sharper is under investigation for a total of seven rapes in four states [8]. Assuming the allegations against him to be true, Sharper felt no compunction about drugging women in order to have sex with them.

Systemic abuse may be even more appalling. The public is by now familiar with the Catholic Church sex scandal. In “Secrets of the Vatican,” the investigative program, Frontline, recently exposed the culture of corruption which allowed sexual perversion to flourish [9]. But the Catholic Church is not alone in this.