The AP is reporting that Pope Francis defrocked some 400 priests in the last two years for raping and molesting children [1].

During the same period, an international alliance of police agencies traced and demolished a global child pornography ring. Over 300 arrests were made in Canadian-directed Operation Spade.  ABC.net quoted police spokesperson, Joanna Beaven-Desjardins, as saying, “It is alleged that officers located hundreds of thousands of images detailing horrific acts against young children, some of the worst that they have ever viewed,”[2].  More than 350 victims were, also, rescued.

Sadly, this is what passes for good news among abuse survivors.  And it is good news. Do not misunderstand.

The hours police spent on thankless, but necessary, tasks – the careful forensic analysis; the endless review of films depicting torture and violation; the phone calls traced; the witnesses interviewed; the false leads explored – not to mention the disappointments; the cold cups of coffee; and the peace of mind forever lost, were well worth the effort.

The 350 or more lives saved by police cannot be over-valued. Even one life saved would have been priceless. And vindication for the victims abused by priests is long overdue.

But this is no fairy tale. The benefit to victims is only prospective, not retroactive. Their scars remain.

Adornment and the Heart 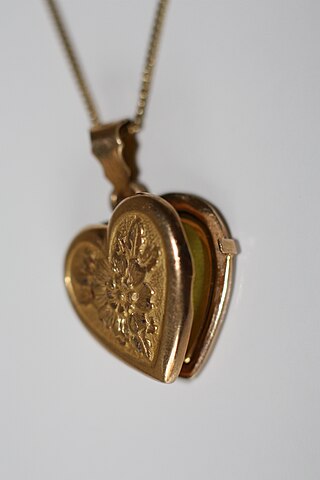 “Do not let your adornment be merely outward – arranging the hair, wearing gold, or putting on fine apparel – rather let it be the hidden person of the heart, with the incorruptible beauty of a gentle and quiet spirit, which is very precious in the sight of God” (1 Pet. 3: 3-4).

Body image is a complicated issue for child abuse victims.

Disregard for and “separation” from the body is not uncommon among victims.  This is symptomatic of grief and an attempt to distance oneself from the violation.  It may be coupled with the inability to have sex, an attempt to restore innocence and avoid further violation.

The world’s superficial values regarding beauty can reinforce the poor body image from which abuse victims frequently suffer.  Damaged – in our own eyes at least – we often doubt ourselves to be deserving of love, sometimes living out a self-fulfilling prophecy.

The alternate approach is sexual promiscuity, an attempt to regain sovereignty over one’s body and a desperate plea for love.  Elizabeth Taylor delivered a powerful performance illustrating this approach in the movie Butterfield 8.  A large number of women in the sex trade were, in fact, victimized as children.

God’s love does not require that we somehow reinstate stolen innocence.  His love is freely given to all who will invite Him into their hearts – no adornment necessary.

A 9 y.o. Alabama child is alleged to have been run to death as punishment for lying about a candy bar. Savannah Hardin died after being forced to run for three hours around and around her home, carrying 10 lbs. of wood. Authorities are uncertain whether she was physically or verbally coerced.

The girl was being punished for lying about eating the chocolate forbidden to her because of a medical condition. Savannah’s grandmother and stepmother have been charged with her murder.

“Savannah” is such a beautiful name. It evokes lace fans and languorous summer days, Spanish moss trailing from live oaks. But Savannah did not get the chance to live up to her name. Her beauty was snuffed out.

Still, in a way, she stands for the rest of us. We may survive abuse, but all too often we continue to punish ourselves for having been victimized. Around and around we go, carrying old burdens, repeating old patterns of behavior and old insults, old lies, long after the predator is here to inflict them on us.

The scars of abuse are painful and tenacious.  Despite our best efforts, many are likely to last a lifetime.  Sometimes they can even be fatal.

Victims deserve better.  For that, we do not need the predator’s acknowledgment of his guilt. Satisfying though that would be, many of us will simply never get it.

We do not need a family member’s belief in our story; patience with what may have been mislabeled our “quirks”; or comprehension of our anger and grief. Validation and understanding by a loved one are tremendous gifts, but not prerequisites to our recovery.  Recovery is in our own hands.

We know what it was we suffered. Somehow we endured. Many do not. To continue in the same behaviors, the same negative attitudes toward ourselves is to let the predators win. We must fight for our lives. We must rescue ourselves.  We must at least try.

Tagged as child punished for eating chocolate, girl run to death, Savannah Hardin, victims changing their lives for the better

“ ‘…[W]e will destroy this place, because the outcry against them has grown great before the face of the Lord, and the Lord has sent us to destroy it’ ” (Genesis 19: 13).

The Bible story of Lot is a difficult one.  The issue of whether Sodom and Gomorrah were condemned for homosexual behavior has been the subject of intense debate [1].

Some have argued that the sin which brought destruction down on the cities of the plain was a lack of hospitality toward strangers – intolerable in desert regions, as it would have placed lives at risk.  Others have been outraged by the treatment of Lot’s virgin daughters, offered to the crowd in place of the strangers under Lot’s protection.  They maintain, therefore, that the sin was rape.

Whichever interpretation we believe is correct, we should be able to agree that the story indicates there is a tipping point, a level of depravity a just God will not tolerate.

Consider these recent news stories, and what they reflect about our own society:

• In Spain, a soccer coach was arrested after a burglar broke into his home. Searching for valuables, the thief uncovered video of child sexual abuse he then turned over to police. The coach had used his status to gain access to vulnerable victims. One girl had been molested for six years, from the age of 10 onward.

• A former emergency room physician, Ali Salim, pled guilty in Ohio to involuntary manslaughter for the deaths of a 23 y.o. expectant mother and her unborn child.  Salim, also, pled no contest to a charge of rape. The woman had turned to prostitution after a divorce, when unable to support her two young children.  The prosecution alleged that Salim administered a fatal overdose of heroin to her, then failed to provide medical assistance.  Salim had a history of supplying drugs to sex partners – often addicted prostitutes – obtained on Craigslist. Graphic video exists of Salim engaged in acts so obscene the video will be disposed of once the criminal and civil cases against Salim have been concluded.

• The World Privacy Forum has uncovered a practice by consumer data companies of collecting highly sensitive information, then selling it to marketers with little or no regard for the consequences. Lists are known to have been compiled of AIDs patients, dementia patients, rape victims, and police officers with their home addresses [2]. All this for the sake of profit.

Surely, this is depravity. Men and women of conscience cannot help but be appalled. And these are not isolated incidents. Which begs the question: What are we to do in the face of evil?

British philosopher, Edmund Burke, warned that, “The only thing necessary for the triumph of evil is that good men do nothing” [3]. We must stand up and be counted. We must speak up for what we believe is right…even when to do so is uncomfortable and unpopular.

Even a burglar knew that.
—

[1] The story of Lot is not a justification for anti-LGBT violence, under any interpretation.

[2] At present, consumer information is only shielded from disclosure if it is used for employment, credit, housing, or insurance purposes. Data brokers, for instance, can readily access details such as the over-the-counter drugs purchased by consumers.

[3] There is some dispute as to the precise origin of this phrase.