A monster pled guilty to his despicable acts in open court this week.

To avoid the death penalty, Ariel Castro – the man who held three young women in Cleveland captive for 10 years, who brutally beat, raped, and starved them, killing one of his children in the womb – pled guilty to 977 counts.  Castro was sentenced to life in prison plus 1000 years.  The plea deal spares the women from testifying at trial.

Castro attempted to lay the blame for a decade of voluntary, heinous acts on supposed sexual abuse in his own past and an addiction to pornography.  This was nothing less than slander against the many child abuse survivors who would give their lives rather than harm a child.

Evil is, in other words, a result of choice.

The Abel study of non-incarcerated sex offenders (those offending against both child and adult victims) found individuals from every walk of life, and all levels of education; 80% between the ages 20 – 49; 53% married, formerly married, or at some point in a partner relationship; and the majority employed[ii].  In some 59% of cases, intense interest in sex with a non-consenting person (child or adult) began in adolescence[iii]  apparently without a trigger.

Admittedly, many factors influence our choices.  But the choices remain in our control.  Monsters make themselves.

Nearly 100 Afghan school girls are believed to have been the victims of gas attacks last month.

In Faryab Province, a man was spotted running toward the school’s orchard at the time of the attack.  In Wardak Province, police found nothing at the school which might have caused the problem. They could not rule out heat and a lack of hygienic conditions. One of the stricken girls, however, reported a “bad smell” and defended her school’s cleanliness.

These were just the latest in a series of incidents involving school girls. In May of this year, 80 girls were taken ill in Faryab Province; another 150, in Balkh Province.  Gas was suspected. In April, 74 girls fell victim in Takhar Province. The odor of gas was present.

The Taliban denies responsibility for these cowardly attacks. There is, however, great fear that the attacks will accelerate once Western forces are withdrawn from Afghanistan.

In the Aftermath of Abuse, Part 4 – Scriptural Consolation

While abuse victims have not sinned, it can be helpful for them to recall that God encourages even sinners. He sent His Son to save, not condemn us.

“For God sent not his Son into the world to condemn the world; but that the world through Him might be saved. He that believeth on Him is not condemned…” (John 3: 17-18).

“There is therefore now no condemnation to them which are in Christ Jesus, who walk not after the flesh, but after the Spirit” (Romans 8: 1).

It is the adversary who condemns the saints, his goal being to paralyze them. It is his voice that victims hear when the darkness presses in on them, not God’s.  But the adversary is a liar.  Lies are his stock in trade.  Abuse victims are the more vulnerable, since early in life they did not receive the nurturing that God intended.

“And I heard a loud voice saying in heaven, ‘Now is come salvation, and strength, and the kingdom of our God, and the power of His Christ: for the accuser of our brethren is cast down, which accused them before our God day and night. And they overcame him by the blood of the Lamb, and by the word of their testimony…’ ” (Revelation 12: 10-11).

Not all families will be supportive of the abused child. Some will actually blame him/her for the abuse. Victims may be accused of lying or labeled as delusional for making such accusations. This is experienced by victims as another betrayal.

Through Hell and Back

Amanda Berry, Gina DeJesus, and Michelle Knight, the three women held captive for a decade in a Cleveland home by Ariel Castro, have spoken publicly thanking God and all those who have extended a helping hand to them.

Amanda says, “I am getting stronger each day.”

Michelle declares, “I may have been through hell and back.  But I am strong enough to walk through hell with a smile on my face, and with my head held high…I will not let the situation define who I am.  I will define the situation…I don’t want to be consumed by hatred…We need to take a leap of faith and know that God is in control…”

Nothing more need be added.

Contributions to assist the women in rebuilding their lives can be made through the Cleveland Courage Fund at:

In the Aftermath of Abuse, Part 2 – Guilt and Shame 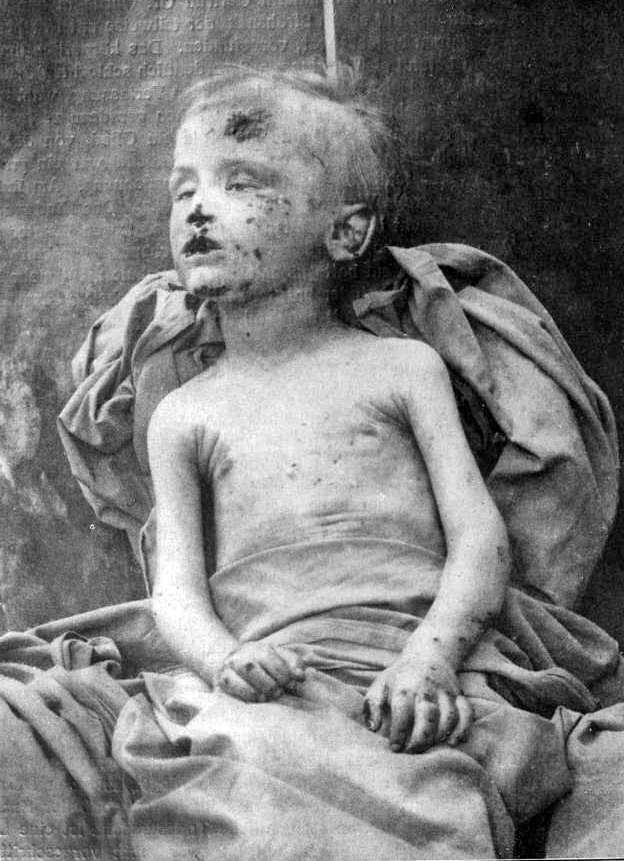 “ ‘If anyone causes one of these little ones—those who believe in Me—to stumble, it would be better for them to have a large millstone hung around their neck and to be drowned in the depths of the sea’ ” (Matt. 18: 6).

It is easier for children to believe they “deserve” the evil done to them, than to take in the fact an adult who should care for them actually has little or no regard for their well-being.

The Statute of Limitations and other obstacles can make it difficult to hold child abusers and molesters accountable legally.  Even with a conviction, however, the feeling of “sinfulness” may rebound from an abuser to his victims.

This in no way implies that they were at fault. Victims, however, relive the trauma of having been treated as worthless. They are often left with a vague sense of unworthiness that can permeate their lives, and undermine subsequent relationships.

Though this feeling of their own “sinfulness” can be overwhelming to abuse victims, the conclusions they draw from it are not accurate.  Victims did not warrant or invite the abuse.  They remain deserving of love.

The feeling of “sinfulness” is just one of the scars left in the wake of abuse.  Other symptoms can include anxiety, depression, alcohol or drug addiction, eating disorders, and sexual dysfunction.  These behaviors either stem from the pain or are attempts to numb it.  All of them “punish” the victim, who was never at fault in the first place!

The symptoms of abuse may, themselves, become a cause of shame to victims.  Self-destructive behaviors shift the focus away from the abuse, while silently declaring it to the world.  Imperfect as coping mechanisms, these behaviors can have dire consequences but are, in effect, a cry for help.