“Let the heavens rejoice, and let the earth be glad; let the sea resound, and all that is in it; let the fields be jubilant, and…all the trees of the forest sing for joy” (Ps. 96: 11-12 NIV).

Spring, the season of hope and new life, is here again.  The trees are in bloom, the first tender shoots pushing their way out of the soil, and the children decked out in their Easter finery.

Greeting cards may giddily proclaim the equinox, as if God had not ordained it.  But Spring is more than just our chance to air out the house, lay down mulch, and pull the patio furniture from storage.  It the season that points us toward resurrection, the victory of life over death.

That has special meaning for abuse victims.  We are all too familiar with death and darkness.  The battle with evil is fought (or re-fought) everyday.  It has been part and parcel of our lives for as long as we can remember.  If the abuse has passed, we continue to wrestle with its scars.

Which is why we are astonished by the beauty of daffodils.  Light and life may be foreign to us, but we long for them the way a seed buried in the ground longs for the sun it has not seen.

Only one Man in history conquered sin and death.  But He conquered them – absolutely and irrevocably – for the rest of us, even the abuse victims.  Most especially the abuse victims, the outcast, the downtrodden, the poor, the abandoned and forgotten.

We commemorate Jesus Christ’s victory over sin and death at Easter.  There is no celebration more profound.  Christ arose from the tomb – once and for all time – to offer us hope and life eternal.

Little wonder that the earth, itself, sings for joy!

“Though I speak with the tongues of men and of angels, but have not love, I have become sounding brass or a clanging cymbal” (1 Cor. 13: 1).

Whether as abuse victims made the object of unfair comparisons or as men and women raised in a materialistic culture, we have a tendency to compare ourselves to others. The comparison nearly always overlooks our real gifts.

Not many of us are fashion models or world class chefs. Few are sports icons, movie stars, or billionaires. None at all can stay eighteen forever. We play different parts, in the course of a lifetime – some more humble than others, but no less important.

Spoons may be less glamorous than swords or scepters. But they fill an essential role. You cannot scoop pudding for a child with a saber, or feed the hungry of the world with a magic wand. Ask any farmer.

Love, above all else, is what the world needs. Not “love” as portrayed by Hollywood. Real love – the kind that takes sweat and sacrifice. The kind that involves wiping noses and kissing boo-boos; standing on an assembly line, day in and day out, to make sure the bills get paid.

If we can manage that without having known it ourselves, we have achieved something close to miraculous.

A SPOON IS NOT A HAMMER 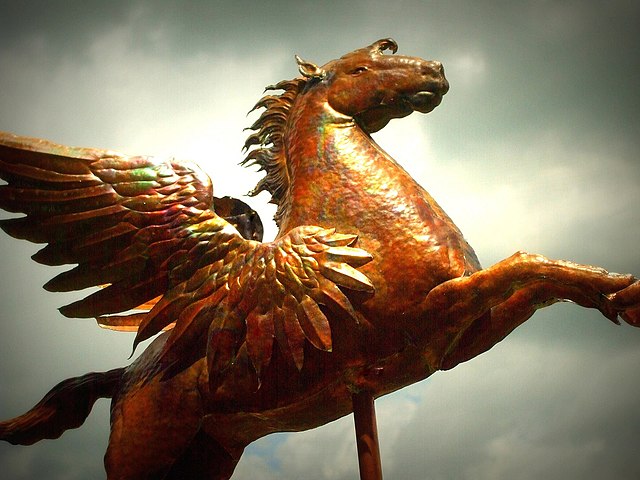 Some abuse victims want as adults only to forget their past.  That is an entirely legitimate response, and their prerogative.

By contrast, a surprising number of us want to use our suffering to ease the suffering of others.  We want to make something purposeful – even beautiful – out of what was painful and ugly.  That is a lofty goal which may or may not be achievable [1].

In either case, a few things should be clear.

“He gives strength to the weary and increases the power of the weak” (Isaiah 40: 29).

Those who somehow survive abuse – physical, emotional, sexual abuse, and neglect or domestic violence – have a strong spirit.  This is true no matter the scars we carry forward from abuse or the fears abuse bequeathed to us.  We would not otherwise be here.

To say that we are strong does not denigrate the abuse victims who did not survive.  Even heroes are mortal.  If anything, we are their witness regarding the horrors inflicted on abuse victims (not to mention the  long-term consequences of abuse).

Abuse can be multi-layered.  While we may consider a single individual responsible for our abuse, many are likely to have contributed to it.

The abuse of a first individual will begin the lesson that we are undeserving of love and concern.  As others follow in the same footsteps, we come to believe this untruth.

Then there are those in our lives who could have intervened, but for reasons of their own did not.  This is another aspect of the tragedy of abuse.  While a non-offending parent may wield less power in the family dynamic than an offending-parent, an adult is always more powerful than a child.

We had every right to look for rescue to the adults aware of our situation.

And still we make excuses for the loved ones who abandoned, battered, and raped us.

They didn’t understand the harm they were doing.  They led hard lives, were under a great deal of strain.  It was our fault.  We deserved it.  We were disobedient, rebellious.  We expected too much.  We complained too often.  We were too pretty, too flirtatious.  Deep down, they “really” cared.

The sharp, jagged, metal fragments from an exploding bomb, grenade, or landmine are known as shrapnel.

Shrapnel wounds require special care. Initially, these are open puncture wounds, with impaled objects so hot that medical personnel are strictly advised to leave them in place. Pressure on shrapnel wounds must be avoided, as this will only cause more damage to surrounding tissues and organs.

After it cools, some shrapnel can be removed surgically [1].  Often, however, surgery would do more harm than good.  There may be hundreds or thousands of small objects.

Over the years, fragments left behind can migrate within the body, making them still harder to find and access.  It is not unusual for shrapnel to remain imbedded for decades [2].

The same is true for trauma beliefs.  When children undergo trauma, they experience strong emotions.  Like scorching metal fragments, these searing emotions highlight the traumatic event.

But children, also, draw conclusions from trauma.  This is their attempt to make sense of the world. Unfortunately, the conclusions children draw may not be accurate [3].

Since the traumatic event is not fully understood, the child cannot fully process it. Instead, the emotions and faulty conclusions surrounding the trauma remain sharp, jagged, and are re-experienced, again and again.

This happens even after conscious memory of the event has faded.  Like shrapnel, trauma beliefs  remain in the body, and continue to do harm.

Trauma beliefs “feel” accurate not because they are, but because we have held them for so long [4].  They “feel” protective, but are actually self-sabotaging [5]. END_OF_DOCUMENT_TOKEN_TO_BE_REPLACED