Life and Death in Philadelphia

Violence in Philadelphia has been unrelenting over the past ten years. Children as young as three are regularly killed in drive-by shootings. A few horrific incidents stand out. The rest blur together, one death as meaningless as the next.

Teenage brothers were shot to death during a home invasion. The murders, like many others, were thought to be drug related. The body of a pregnant woman with young children was found in an abandoned lot by vagrants. It had been stripped and smeared with peanut butter to attract rodents.

The horror prompts us to turn away. But that is not what Jesus would have us do. These lives are not worthless to Him, however random and pointless the deaths may seem.

Lord God, our cities are devastated – the lives of the men, women, and children in them shattered by violence.

Knowing that You are the Redeemer, that it is You this world so desperately needs, we plead for those around us. We cannot bear the loss of another child, Lord. We cry out to You, for there is no other hope.

Over and over, You have set before us the way of life and the way of death. Bring repentance and revival to our nation. Turn our hearts again to You that we may choose life.

To Match the Blood – Part 2 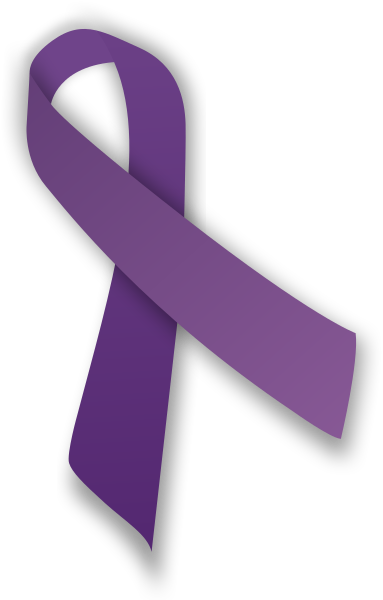 At the conclusion of one of my abuse shelter talks, the women there presented me with a notebook of handwritten thanks they had put together for me.  I cherish that memento, but the thanks were unnecessary.  It has been my honor to speak to and for these women.

The legal system provided inadequate relief.  [According to the women I met, it] could be life-threatening for…[an abused] woman to contact police.  Too often, police treated the call for help as a routine squabble.  Protective Orders could be obtained through the courts, but were not always enforced.

Though not a domestic relations attorney, I had been to Family Court for the legal clinic.  It reminded me of nothing so much as an ancient bazaar, merchants haggling.  The rooms were packed with unrepresented women and their children, all supplicants waiting their meager share of justice.  Some judges welcomed the few attorneys present; others seemed to despise attorneys.

The teenage son of one of my clients was…determined to become a lawyer, himself.  At age fourteen, he was already jaded by the system, sure that he could master it.  Certain he could do no worse.

— Excerpt from Like Rain on Parked Cars by Anna Waldherr

Initially, I did not know what to expect.  I assumed, if anything, that I would pity these women. That was not, however, the case.  Instead, I was in awe.

The women, themselves, came in all colors, shapes and sizes. Those I met ranged in age from their early twenties to mid-sixties. Some were pretty and petite, others statuesque Amazons.

“ ‘And these words which I command you today shall be in your heart. You shall teach them diligently to your children…’ ” (Deut. 6: 6-7).

The Philadelphia School District is in dire straits.  The latest financial crisis has closed schools and stripped those remaining of nearly all personnel but teachers and principals.

A full twenty percent of the district’s employees have been laid off.  Among these are classroom aides, guidance counselors, nurses, librarians, secretaries, assistant principals, and lunchroom staff. Evidently, these were considered superfluous.  Why would inner city children need the help of a guidance counselor? What good could a librarian do children not reading at grade level?

Class size will undoubtedly increase. There has been talk of combining grades to reduce the number of teachers still further.  In the birthplace of liberty, we may be headed back to the one room schoolhouse.  That is hardly likely to improve Philadelphia’s 50% dropout rate for high school aged African American and Latino males [1].

Charities and corporate donors are actually being approached to support the school system. Without their help, tutoring and afterschool programs once underwritten by government will simply vanish.

Philadelphia and impoverished cities like it are on the forefront of the battle for the future of this nation. We cannot produce informed citizens, capable of facing fresh challenges, if we do not provide our children – all our children – a quality education.

Those who drop out or graduate without a basic knowledge of history, literature, science, and the arts will all too soon find themselves unemployed and unemployable. We have no right to destine those young people to failure.  It is the sacred obligation of one generation to educate the next.

The nation cannot afford to lose those young minds, and what they might create.  Nor can it withstand the drain on resources of an ever growing underclass [2].  If nothing is done, we may all someday find ourselves in dire straits.

2 Violence must be part of that calculus.  Crime may seem a tolerable evil to those at a distance from it.  Not so to those whose lives are daily impacted.

Montana District Judge G. Todd Baugh this week apologized for having characterized a 14 year old victim of statutory rape as “older than her chronological years.” According to Montana law, children under the age of 16 cannot consent to sex.

The judge had commented that this was not “some violent, forcible, horrible rape,” suggesting that the young victim, Cherice Moralez, was very much in control of her sexual relationship with teacher, Stacey Rambold.

It did not occur to Judge Baugh to apologize until public pressure developed for his resignation. The judge did not apologize for having sentenced Rambold to 30 days (the bulk of his 15 year sentence suspended).

The sentence is an insult to women everywhere and rape victims, in particular. Judge Baugh gave as his reason for it the fact Rambold was unlikely to repeat the crime.

It is difficult to fathom how the judge reached that conclusion, given the fact Rambold had already violated the terms of a sexual offender program, completion of which would have assured him the dismissal of all charges. That denotes a predator unwilling to abandon his hunt for defenseless victims.

The judge did not discuss the fact prosecution was deferred 3 years to accommodate the predator.  The young victim meanwhile committed suicide, at age 16.

Statutory rape laws are in place to protect our children as they mature, sexually and otherwise. The teachers to whom we entrust our children are under an obligation to protect – not molest – them.  Clearly, Judge Baugh does not understand that 14 is 14.

Regrettably, the judge does not intend to resign. There is no plan to appeal.