“How Being Bullied Affects Your Adulthood” by Kate Baggeley

While the coronavirus has disrupted the normal school year, for some of our children this may actually have come as a relief.

“In American schools, bullying is like the dark cousin to prom, student elections, or football practice:  Maybe you weren’t involved, but you knew that someone, somewhere was.  Five years ago, President Obama spoke against this inevitability at the White House Conference on Bullying Prevention.  ‘With big ears and the name that I have, I wasn’t immune.  I didn’t emerge unscathed,’ he said.  ‘But because it’s something that happens a lot, and it’s something that’s always been around, sometimes we’ve turned a blind eye to the problem.”’

We know that we shouldn’t turn a blind eye:  Research shows that bullying is corrosive to children’s mental health and well-being, with consequences ranging from trouble sleeping and skipping school to psychiatric problems, such as depression or psychosis, self-harm, and suicide.

But the damage doesn’t stop there.  You can’t just close the door on these experiences, says Ellen Walser deLara, a family therapist and professor of social work at Syracuse University, who has interviewed more than 800 people age 18 to 65 about the lasting effects of bullying…” 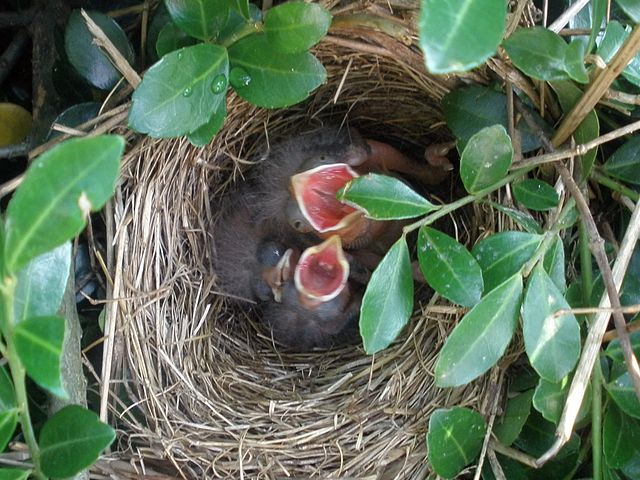 “The world breaks everyone and afterward many are strong at the broken places.”

-Ernest Hemingway, A Farewell to Arms

Though the Childhood Experience Study (ACES) identifies overall exposure to stress, it cannot assess resilience, the capacity of individuals to respond to stress [1A].

“A decent self-image comes from somebody paying attention to you as a person and respecting everything you do.”

“At the top of the list is always the presence of some kind of supportive relationship.”

Always at the heart of resilience, however, lies a caring relationship [1D].  Children abused by a parent may have a loving grandparent for a short while or a sibling who shares their suffering.  That may be enough to keep them going. END_OF_DOCUMENT_TOKEN_TO_BE_REPLACED

“There are children who like dandelions can thrive almost in any environment…They do well even in conditions of stress and adversity.  There are other children who are like orchids, who are extremely sensitive…Under the right nurturing conditions they thrive…But under conditions of adversity…they wilt and they don’t do well.”

In our inner cities, single mothers struggle to raise children in poverty.  Children under the age of ten are killed in drive-by shootings.  Children already victimized are further abused in foster care, their parents lost to addiction.

How do we survive tragedy and evil?  Why are some broken by circumstances, while others endure? END_OF_DOCUMENT_TOKEN_TO_BE_REPLACED

Fate of the Predator

“Well, I was there and I saw what you did.
I saw it with my own two eyes.
So you can wipe off the grin.  I know where you’ve been.
It’s all been a pack of lies…
Well, I remember.  I remember, don’t worry.
How could I ever forget?…
The hurt doesn’t show; but the pain still grows.
It’s no stranger to you or me.”

– In the Air Tonight by Phil Collins

Justice demands that predators – those who harm children for their own pleasure – be punished for their crimes, and prevented from harming additional victims.  But the justice system necessarily has limitations.

Proof can be difficult to come by.  A child may not survive the abuse or may not be able to speak of a violation for years.  Parents may choose that their child not undergo the rigors of a trial.  Predators may be institutionally shielded (as by the Roman Catholic Church), may relocate, assume a new identity, or even pass away, in the intervening years.  Supportive evidence can be lost.

This does NOT warrant vigilantism.  Whatever the temptation, we cannot ally with evil. The end does not justify the means.

What then is the fate of pedophiles? Recidivism is a grave concern.  There are predators whose conscience is seared to such an extent that it no longer functions.  One study, however, found that suicide among non-violent child sex offenders is 183 times more common than in the general public [1].  There are, of course, victims who commit suicide, as well.

Whatever the outcome in a particular case, we can trust that there will be perfect justice in the next world, if not in this.  “He is the Rock, His work is perfect; for all His ways are justice…” (Deut. 32: 4).
—
[1]  National Center for Biotechnology Information (NCBI), US National Library of Medicine, National Institutes of Health, “Differential suicide rates in typologies of child sex offenders in a 6-year consecutive cohort of male suicides” by C. Pritchard and E. King, http://www.ncbi.nlm.nih.gov/pubmed/16040578.

“Abuse Victim Has a Message for Attackers” by Kegan Wesley

“Therefore, if anyone is in Christ, he is a new creation; old things have passed away; behold, all things have become new” (2 Cor. 5: 17).