In the Aftermath of Abuse, Part 2 – Guilt and Shame

“ ‘If anyone causes one of these little ones—those who believe in Me—to stumble, it would be better for them to have a large millstone hung around their neck and to be drowned in the depths of the sea’ ” (Matt. 18: 6).

It is easier for children to believe they “deserve” the evil done to them, than to take in the fact an adult who should care for them actually has little or no regard for their well-being.

The Statute of Limitations and other obstacles can make it difficult to hold child abusers and molesters accountable legally.  Even with a conviction, however, the feeling of “sinfulness” may rebound from an abuser to his victims.

This in no way implies that they were at fault.  Victims, however, relive the trauma of having been treated as worthless. They are often left with a vague sense of unworthiness that can permeate their lives, and undermine subsequent relationships.

Though this feeling of their own “sinfulness” can be overwhelming to abuse victims, the conclusions they draw from it are not accurate.  Victims did not warrant or invite the abuse.  They remain deserving of love.

The feeling of “sinfulness” is just one of the scars left in the wake of abuse.  Other symptoms can include anxiety, depression, alcohol or drug addiction, eating disorders, and sexual dysfunction.  These behaviors either stem from the pain or are attempts to numb it.  All of them “punish” the victim, who was never at fault in the first place!

The symptoms of abuse may, themselves, become a cause of shame to victims.  Self-destructive behaviors shift the focus away from the abuse, while silently declaring it to the world.  Imperfect as coping mechanisms, these behaviors can have dire consequences but are, in effect, a cry for help.

Of Note:  A Vatican tribunal has found Archbishop Anthony Apuron of Guam guilty of abusing minors and removed him from office.  Apuron was suspended in June 2016 following accusations that he sexually abused altar boys as a parish priest during the 1970s.

Thus far, the Archdiocese of Guam has been named in 159 sex abuse lawsuits involving Apuron and others.

In the Aftermath of Abuse, Part 1 – Victims and Predators

” ‘Take heed that you do not despise one of these little ones, for I say to you that in heaven their angels always see the face of My Father…’ ” (Matt. 18: 10).

Each year, some six million children in the United States are sexually or physically abused.

This 6-part series will explore the emotional and spiritual ramifications of abuse, with a view toward assisting the survivors of abuse and those who care for them in dealing with its long-term effects.

Those of us who have decades of experience with abuse and its aftermath are all too familiar with these details.  But for each new generation of victims, these truths must be restated.

It must be said at the outset that children are NEVER responsible for the abuse inflicted upon them. The idea of a “bad” or “seductive” child is a lie perpetrated by child molesters, a rationale to excuse their heinous actions.

As a consequence, victims often experience a misplaced sense of guilt and shame.  This will be further discussed in our next segment.

To Match the Blood – Part 2 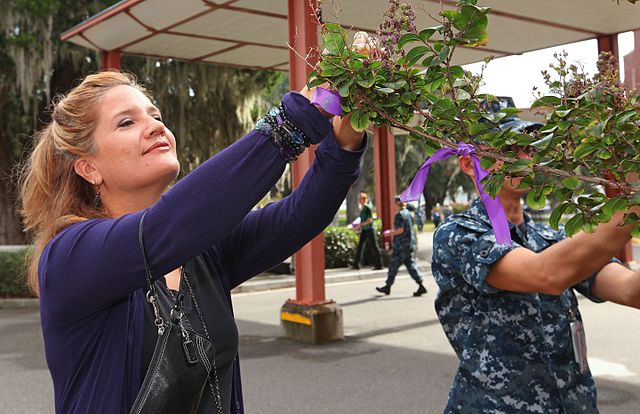 At the conclusion of one of my abuse shelter talks, the women there presented me with a notebook of handwritten thanks they had put together for me.  I cherish that memento, but the thanks were unnecessary.  It has been my honor to speak to and for these women.

The legal system provided inadequate relief.  [According to the women I met, it] could be life-threatening for…[an abused] woman to contact police.  Too often, police treated the call for help as a routine squabble.  Protective Orders could be obtained through the courts, but were not always enforced.

Though not a domestic relations attorney, I had been to Family Court for the legal clinic.  It reminded me of nothing so much as an ancient bazaar, merchants haggling.  The rooms were packed with unrepresented women and their children, all supplicants waiting their meager share of justice.  Some judges welcomed the few attorneys present; others seemed to despise attorneys.

The teenage son of one of my clients was…determined to become a lawyer, himself.  At age fourteen, he was already jaded by the system, sure that he could master it.  Certain he could do no worse.