But Evelyn Boswell is not the only missing child later found murdered. END_OF_DOCUMENT_TOKEN_TO_BE_REPLACED 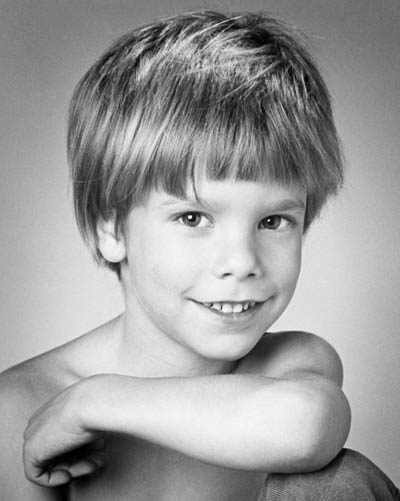 Led by Gerald “Jerry” Dysart of the US Marshals Service/Missing Child Unit, this joint federal, state, and local law enforcement operation succeeded in rescuing 16 child victims of physical and sexual abuse, sex trafficking, and exploitation.  Victims were between the ages of 4 and 17.

In addition to the 16 who had been reported missing, another 11 were found alive. END_OF_DOCUMENT_TOKEN_TO_BE_REPLACED

According to the National Crime Information Center, there are some 435,342 children currently missing in the United States.  While custody disputes account for a large percentage of the children reported missing,  the suspicion by law enforcement is that the remaining children – at least those still alive – are being trafficked. END_OF_DOCUMENT_TOKEN_TO_BE_REPLACED

This will be the first Christmas in over a decade that Julian Hernandez and his mother get to spend together. The 18 y.o. was kidnapped at the age of five by his father. The young man only learned of his abduction when he found his Social Security number invalid, on applying to college [1].

The Hernandez case illustrates the lengths to which parents will go in custody disputes. Nearly one in ten missing children have been kidnapped by a family member [2]. Frequently, the intention in these cases is to prevent contact by the other parent or permanently alter custodial arrangements, rather than cause physical harm to the child.

Over 200,000 children are kidnapped by family members each year [3]. The figure may actually be higher. It is estimated 40% of family abductions are never reported to police. Younger children are at greater risk of such abductions than older ones.

The situation is complicated when children are taken across state and national borders.

The larger context for family abductions is the dysfunctional family setting. The Hernandez case had a happy ending. Not all abductions do.

—
[1] Complex – Pop Culture, “Teen Finds Out He’s Been Missing for 13 Years When He Applies to College” by Debbie Encalda, 11/5/15, http://www.complex.com/pop-culture/2015/11/missing-teen-discovers-he-was-abducted-13-years-ago-when-applying-for-college.

The Humane Society advocates against cruelty to animals.  Gandhi said, “The greatness of a nation can be judged by the way its animals are treated.” Both Islam and Judaism emphasize the proper treatment of animals.

While I do not necessarily disagree, I would contend that the essential measure of a nation lies in how that nation treats its children.

The well-being of children is wholly dependent on the quality of care the adults around them provide. Those cruel toward animals are likely to be cruel toward human beings, as well. Like animals, children are helpless to defend themselves – their only response a muffled cry in the hall.

Children can be harmed with little effort.  They can be slapped, scalded, sexually assaulted, struck, and shaken to death.  Children can be starved for love and attention, as well as for bread.  Their souls may be withered by a word or glance; permanently scarred by a single unwanted touch.

We, however, are no longer children. While we may once have been abused, we now have the strength to reclaim our lives. And we have the power to oppose child abuse, wherever we may encounter it.

The congressman who paws interns, the priest who sodomizes altar boys, the teacher who seduces students, and the boyfriend who uses his partner’s children as a punching bag are now on notice.

Their behavior is under scrutiny. Their secret will out. There will be consequences.