Again and again, you resolve to lose weight.  At times, you make heroic efforts in this direction.  You try fad diets, and supervised weight loss programs.  You try home exercise equipment and gym memberships.  You fast, may occasionally purge.

And you do lose weight, sometimes substantial amounts.  But as soon as you have acquired an attractive wardrobe in a smaller size, your weight shoots up again.  It is as if you were fighting a force outside yourself.

The pain of this is excruciating.  Giving away – one after another – the pretty items of clothing that no longer fit, you feel as if the flesh were being ripped from your bones, piece by piece.

This happens time after time, over the years, stripping you of hope.

Self-Control and a Negative Inner Dialog

Disciplined in other areas of life, you revile yourself for a lack of self-control where food is concerned, further contributing to an inner dialog which is already wholly negative.

You do your best to live a life of integrity.  But nothing you accomplish has value in your eyes, so long as you continue to have weight issues.

Scalding encounters with those who make clear their disgust at your appearance only reinforce your sense of worthlessness.

Weight Issues/Eating Disorders as a Substitute

Weight problems and eating disorders (anorexia, bulimia, binge eating, etc.) can arise from other causes than abuse [1].  But when abuse of some kind has occurred, they frequently serve as substitutes – an alternate focus for our shame, safer places to put our pain.

We may agonize over the difficulty of losing weight.  But, chances are, that is preferable to agonizing over the incest to which we were subjected.  The difficulty of the struggle reflects the depth of the wound. END_OF_DOCUMENT_TOKEN_TO_BE_REPLACED 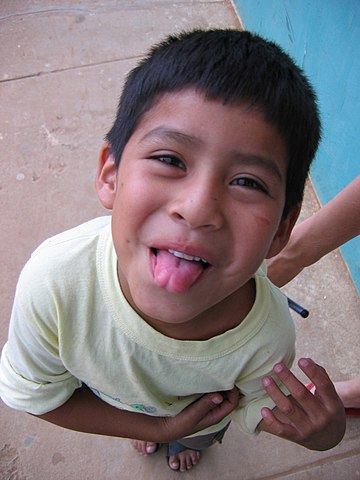 As abuse victims, we experienced this firsthand.  The full force of the tongue was directed against us.  We were vilified and demeaned by our abusers, humiliated and reviled without a chance to defend ourselves.

Words can cut deeply, especially since children do not weigh their veracity.

Worse still, hurtful words can be absorbed into the marrow, becoming the vocabulary we use to converse with ourselves.  That inner dialog is, in effect, poisoned by the abuse to which we were subjected.

Unaware that there is any alternative, we rely on this polluted self-talk.

Unfortunately, what that does is perpetuate the lies with which we were barraged as children – that we were ugly, stupid, undeserving of attention or affection.  That we were perverted.  That we would not succeed in life, and stood no chance of finding love.

This negative inner dialog renders us not only exhausted, but mute.  How can we begin to untangle the lies?  Who would want to hear our side of the story, in any event?

Even the mildest confrontation has us stumbling over our tongues.  Whatever the context, arguments in favor of our position are never articulated or fade away to silence.

Speaking Truth to Ourselves

But there is an alternative available to us.  It involves speaking God’s truth to ourselves.

We are not worthless in His sight.  In fact, the very opposite is true.  We are infinitely precious, so much so that God sent His only begotten Son, Jesus Christ, to die for our sakes. END_OF_DOCUMENT_TOKEN_TO_BE_REPLACED