Gomer – A Study in Self-Sabotage 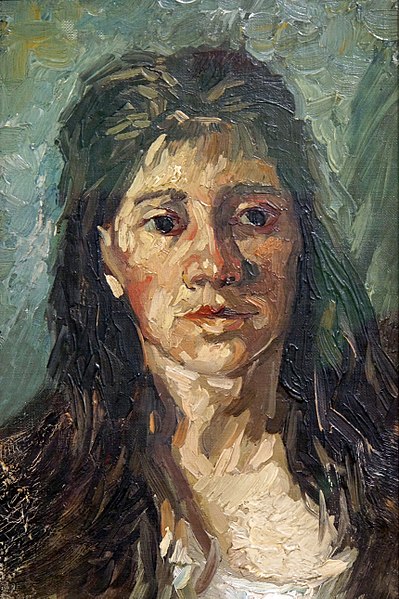 The biblical prophet Hosea lived during a dark period in Israel’s history, around the 8th Century BC.  Though prosperous, the Northern Kingdom had turned away from the one true God, instead worshipping idols.

Against this backdrop, God’s puzzling direction to Hosea was that he should marry a prostitute:

“Go, take yourself a wife of harlotry And children of harlotry, For the land has committed great harlotry By departing from the Lord” (Hosea 1: 2).

Gomer bears Hosea three children, whose names are symbolic of the spiritual deterioration of Israel [2].  But Gomer is repeatedly unfaithful.  Hosea even questions the paternity of the younger children.

Despite that, Hosea is commanded by God to love Gomer (Hosea 3: 1).  God warns Israel of terrible chastisement to come for its sin [3].  Hosea is not though described as punishing Gomer.  Rather, he ransoms her out of slavery.

We can infer that Hosea provides Gomer food and clothing, and treats her tenderly.  Ultimately, Hosea forgives Gomer’s infidelity as God forgives Israel’s.

Since Gomer does not speak, we are left to wonder about her motivation.  Here she is, rescued from a life of degradation.  Yet she does not – or cannot – remain faithful.  Did she feel ignored by Hosea?  Did she long for male attention and admiration?  For the excitement of the streets (or the sensuality of pagan worship)?

Why can what we know is wrong sometimes feel so “right”?  For abuse victims, self-sabotage may be part of the answer.

Self-sabotage is the expression of low self-esteem.  Any behavior which undermines our success can fall into this category.  Examples include binge drinking, engaging in unprotected sex, and selecting an alcoholic life partner.  The behavior may be conscious or unconscious.

“Typically, one’s pattern of self-sabotage is closely related to one’s personal issues and family history.   Survivors who grew up in addictive families may self-sabotage by driving while drunk… Survivors from violent families may…[be] beaten or injured.   Survivors from wealthy families often find themselves losing money, getting swindled or making bad investments.  Studies have shown that survivors of child sexual abuse are more likely to be assaulted as adults [4].”

This is not to suggest that abuse victims are responsible for the abuse inflicted on them.  Nor is it meant to imply that victims want to be re-victimized.

Human beings tend, however, to repeat familiar patterns.  Gomer is not likely to have experienced much kindness before her marriage to Hosea.  His kindness would have felt odd to her.  Affairs with other men, though they jeopardized her marriage, would have seemed more enticing.

Chances are that Gomer did not, deep down, feel worthy of Hosea’s love.  By being unfaithful, she repeatedly tested the limits of that love.  Had Hosea not chosen to forgive her, Gomer’s behavior would have prompted precisely the rejection she expected – the rejection Gomer believed was all she deserved – in the process, confirming her “unworthiness”.

Self-sabotage can sometimes impact a loved one.

A woman who manages to survive childhood sexual abuse by a family member may be stunned to find her own child molested by a spouse or close family friend.  The self-defeating behavior, in this instance, would be the mother’s inability to recognize the signs of abuse, and take the necessary steps to protect her child.

The original tragedy is replicated, impacting another generation.

In order to reverse self-sabotage, we must first identify the choices interfering with our happiness, our work performance, and our day-to-day functionality.  More often than not, we are already aware of these bad choices, but rush to defend them.

“Many of the most common roles that adult survivors used as children are still employed but bear different labels:  ‘co-dependent’ for ‘caretaker’, ‘masochist’ for ‘scapegoat’, ‘offender’ for ‘bully’…  Although certain aspects of these roles may [have helped an abuse survivor in childhood]…they will create problems…if you let them dominate your interactions.  For example, caretaking is an essential part of parenting, but dominating or over-controlling your child is a common characteristic of co-dependent mothers [5A].”

What is most compelling about these roles is their familiarity.  What was “exciting” to Gomer about street life (or cult life) was its familiarity.  She was more comfortable with instability than stability, with risk than safety.

Gradually, we can learn to strengthen the healthier aspects of our personality, while countering the less helpful aspects [5B].  Like Gomer, we can – with love and forgiveness – change the direction of our lives [6].

[1]  There are various interpretations of the Book of Hosea.  Some have argued that Gomer was not a real woman.  Others believe she may have been a cult prostitute.

[3]  When pleading fails, God threatens to strip Israel; kill Israel with thirst; isolate Israel; refuse to provide for Israel’s needs; and humiliate Israel before her “lovers” (the idols being worshipped in His place).  Yet God cannot bring Himself to destroy Israel.

[6]  Part of what Gomer needed to do was forgive herself.

14 responses to “Gomer – A Study in Self-Sabotage”