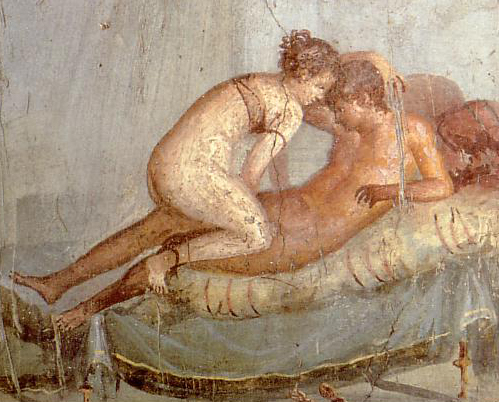 Those who plan their vacations around the sexual activities – legal and illegal – available in foreign countries are unlikely to consider their impact on the local men, women, and children selling their bodies (and souls) to survive.

Rationalizations abound.  Sex is mere sport.  What’s the harm, after all?  Life is all about new experiences.  No one back home will know.  It’s actually legal overseas, so why fight the urge?  Or, if not exactly legal, it’s culturally accepted.  That makes it OK.  Plus, tourism dollars contribute to the local economy.  Wink, wink.

But the comparisons to Pompeii run deep.  Prostitutes in the ancient city worked on the streets or in dark and confined cells, without so much as windows or doors.  And the reality is that they were slaves, cut off from any possibility of help.

England abolished the slave trade in 1807 and slavery in 1833.  The United States fought a Civil War over the question of slavery.  Yet sexual slavery persists to the present day [3].  And a major lure for sex tourists is the ready availability of child prostitutes [4].

Sex tourism feeds the beast.  We cannot claim to be civilized until this evil is eradicated.  Given human nature, it is unlikely ever to be.

*Please, note that I have selected a comparatively tame image, so as to spare readers’ sensibility.  Far more graphic artwork has been uncovered at Pompeii.

[1]  The Conversation, Arts + Culture, “The grim reality of the brothels of Pompeii”, https://theconversation.com/the-grim-reality-of-the-brothels-of-pompeii-88853.