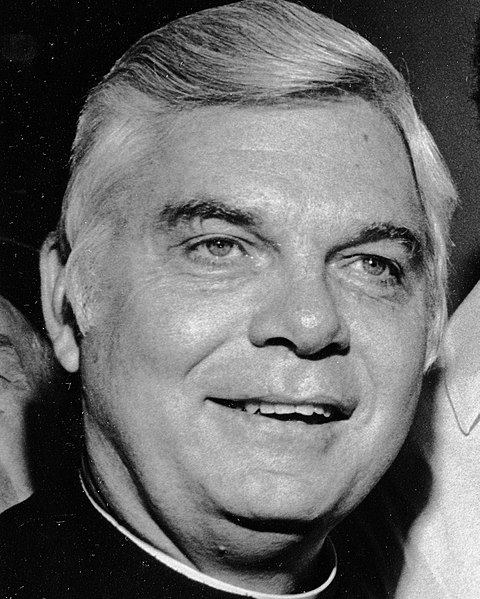 Whether in the Roman Catholic Church or evangelical church, clergy abuse is a fundamental betrayal of Christian belief.

Christ the Good Shepherd, the Suffering Servant, sacrificed Himself for our sake.  The sinless Savior took on our sins, and went to the cross in our place.  Predator priests do the opposite.  They prey on the innocent, targeting the weak and vulnerable under their care, for the sake of perverse self-gratification.

This is perhaps the lowest, most despicable form of abuse.  Not only does it destroy a child’s confidence and self-esteem, but a child’s very faith in God.

“And a servant of the Lord must…be gentle to all, able to teach, patient, in humility correcting those who are in opposition, if God perhaps will grant them repentance, so that they may know the truth…” (2 Tim. 2: 24-25).

“A bishop…must be blameless, the husband of one wife, temperate, sober-minded, of good behavior…not given to wine, not violent, not greedy for money, but gentle…one who rules his own house well…not a novice, lest being puffed up with pride he fall into the same condemnation as the devil.  Moreover he must have a good testimony among those who are outside, lest he fall into reproach and the snare of the devil” (1 Tim. 3: 2-7).

“For a bishop must be blameless, as a steward of God, not self-willed, not quick-tempered, not given to wine, not violent, not greedy for money, but…a lover of what is good, sober-minded, just, holy, self-controlled, holding fast the faithful word as he has been taught, that he may be able, by sound doctrine, both to exhort and convict those who contradict” (Titus 1: 7-9).

Scripture lays out the necessary characteristics for Christian leadership.  These include self-control, gentleness, humility, fidelity, and genuine holiness (as distinguished from the mere appearance of piety) .

Predator priests lack every one of these.

“But know this, that in the last days perilous times will come:  For men will be lovers of themselves…proud, blasphemers…unholy, unloving…without self-control, brutal, despisers of good…lovers of pleasure rather than lovers of God, having a form of godliness but denying its power.   And from such people turn away!” (2 Tim. 3: 5).

Scripture warns us that there will be those who profess God with their mouths, yet deny Him with their lifestyles.  Those whose lives and relationships do not manifest integrity and love of Christ are not qualified to serve in His church.

“The weak you have not strengthened, nor have you healed those who were sick, nor bound up the broken, nor brought back what was driven away, nor sought what was lost; but with force and cruelty you have ruled them” (Ezek. 34: 4).

The bishops, archbishops, cardinals and others in authority who have covered up the offenses of predator priests have not only participated in a criminal conspiracy.  They have forgotten that the abuse of power is, also, a sin and will be judged accordingly.