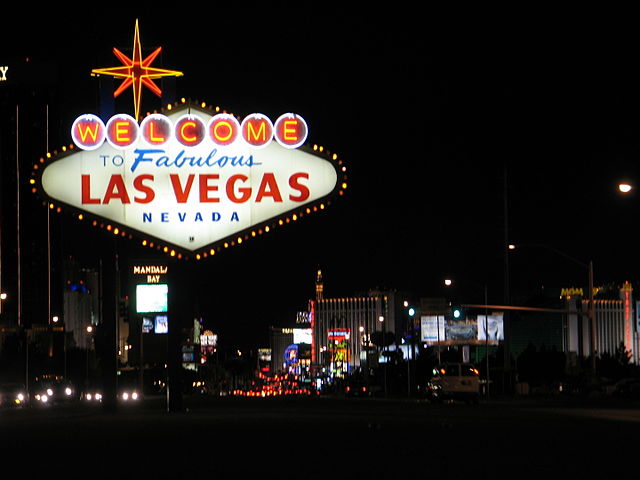 Hotel clerk, Danielle Jacobsen, expected a routine shift.  The middle-aged woman approaching her desk looked like any other Vegas tourist.

But Virginia Paris was decidedly out of the ordinary.  Explaining that she had been kidnapped, Paris asked that Jacobsen contact police without alerting her kidnapper who was standing nearby [1A].

“She was like, ‘Uh, I need help.  I’ve been abducted.  I’ve been missing since Friday.  It’s pretty serious, can you please pretend like you’re checking me into a room please and get the cops on the phone and get them here?’ ”

-Danielle Jacobsen on her encounter with kidnapping victim, Virginia Paris [1B]

Despite an Order of Protection, Paris had been kidnapped by her former boyfriend, Joseph Hetzel.  Jacobsen managed to contact Security inconspicuously.  Paris was taken to a room for safety, and Hetzel later arrested.

An Order of Protection from Abuse (also, known as a Restraining Order) limits or forbids the subject’s interaction with a particular person.  Such orders commonly arise from allegations of domestic violence, harassment, and/or stalking.

Statistics on Protective Orders have not been publicly available.  But there are thought to be over 1 million in effect in the United States on any given day [2].

Experts disagree on the effectiveness of Protective Orders.  A 2010 analysis in the Journal of the American Academy of Psychiatry and the Law concluded that they do serve a role in managing threats of violence [3].

However, an earlier analysis had determined that Protective Orders were violated an average of 40% of the time.  Some women maintain they were beaten for having obtained a Protective Order.

The factors impacting the violation of Orders of Protection are not well understood.  The literature though suggests these include:

Most renewed abuse occurs within 3 months of the issuance of a Protective Order.

The perpetrator characteristics predictive for renewed abuse are prior violence or criminal activity, youth, drug abuse, unemployment or underemployment, and mental health issues.  Race is not a factor.

Children with the abuser greatly increase the chance a Protective Order will escalate violence.  A persistent pattern of abuse is likewise predictive for violation of the Protective Order.

For the victims of domestic abuse, the decision whether or not to take out an Order of Protection can feel like a crap shoot.  Our lives are not, however, a matter of random chance to God.  His plan is to give us hope and a future…whether we have been to Las Vegas or not.

11 responses to “Protective or Not?”