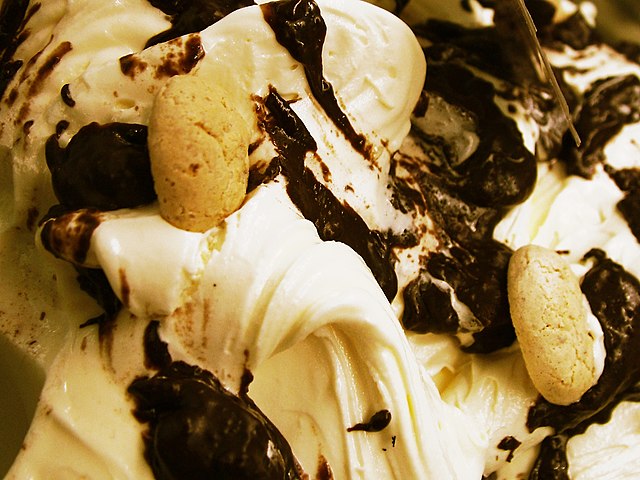 “I scream
You scream
We all scream
For ice cream”

We have all at one time or another over-indulged, whether in a pint of our favorite ice cream or a family size bag of chips. And will again. Food may not be a substitute for love, but it is readily available.

The need for love and connection is closely related to that for sustenance. The need to reproduce is equally primal. Human beings could not have survived without these needs being met, which is why they are so deeply ingrained in our nature.

Weight, however, is tied to self-loathing in our culture. What American woman has not stood naked on the scale, waiting with bated breath for the dial to stop?

As many abuse victims know, the shame of abuse can be transferred to our weight. The ongoing battle with weight provides us a permanent opportunity to vilify ourselves. Inversely proportional to our weight, our self-esteem can, quite literally, be measured by the pound.

When the damaged self-esteem resulting from abuse and the pressure on American women to be a certain size coincide, eating disorders frequently result. Anyone acquainted with anorexia, bulimia, or binge eating knows these are often hidden. The shame of these disorders coupled with the shame of abuse can be overwhelming.

There is worse. Some of us have eaten out of the garbage can. This practice is not limited to the homeless among us [1]. There could hardly be a more apt symbol of low self-esteem.

In fact, the urgency of an eating binge can be linked with the unmet need for love to which abuse victims are, sad to say, well accustomed. For victims, the same applies to sexual addiction. But that knowledge alone cannot quell such powerful urges.

Clearly, the idea of keeping our weight (or our sex lives) a closely guarded secret mirrors the abuse secret. We know – intellectually, at least – that the abuse was not our fault. So the issues abuse victims experience with food and sex are not the character defects we presume them to be, or the moral lapses they have been labeled.

And that may be key.  For if we can tease apart the problem behaviors from which we suffer and the condemnation of them, we will have gone a long way toward counteracting the forces driving those behaviors.  We can then substitute healthful behaviors in their place, and find better ways to cope.

We may even enjoy a little ice cream.
—
[1] Though precise figures are not available, a significant number of homeless men and women were abuse victims. Both their mental state and financial well-being were undermined by the abuse. Homeless victims may, by necessity, eat out of trash cans. This is distinct from the compulsion to do so.

This post is the offshoot of an earlier one. My apologies to readers for any repetition.