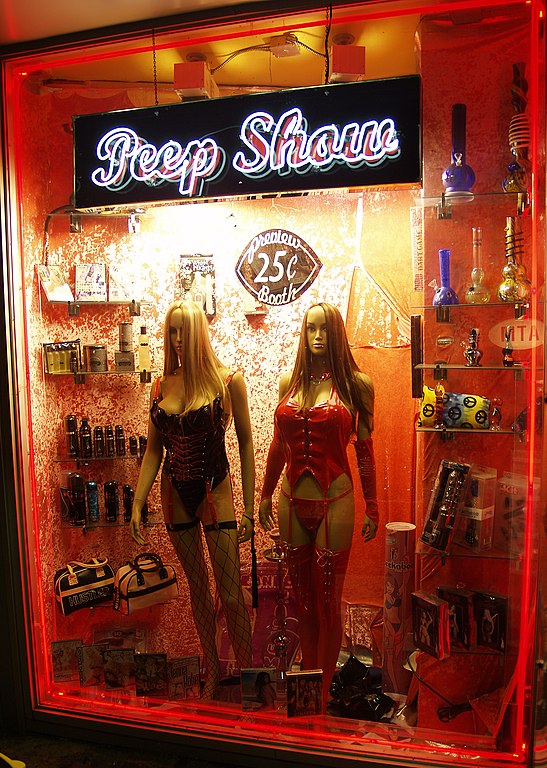 Many men and women, molested as children, become sex addicts.  This excerpt is from an article by Dr. Dan Allender dealing with the spiritual aspects of such addiction.  Dr. Allender is the author of “The Wounded Heart: Hope for Adult Victims of Childhood Sexual Abuse” (1990).

These counterfeits appeal to us because they seek to replace God and His high standards with something that is familiar and undemanding.  Paul says fallen man did not worship God but replaced him with the creature (Rom. 1: 18-23).  The creature does not require repentance or gratitude.  The creature does not demand brokenness or service.  Creature worship only requires denying the true emptiness inside and hiding the shame that arises in turning our back on God and others.

…[Changing this form of lust] not only requires giving up something that has worked, to some extent, to fill our empty hearts, but it also necessitates embracing a God who invites us to experience what we deeply despise – brokenness, poverty, weakness, and dependency…Even if the lust is destructive and life-threatening it may be preferable to a God who calls us to love those who harm us…

[T]wo contemporary Christian routes for dealing with lust …at times make the problem worse.  These two routes – self-denial and self-enhancement…often lead to even greater struggles with lust and addiction…

[The first can result in] self-hatred, shame, and contempt which lead to increased sexual struggles.  After decades of failure many with this view either conclude they are oppressed by demons or doubt their salvation.”

“Another approach to lust is found in an adaptation of the Alcoholics Anonymous Twelve Step recovery process.  This approach sees lust as a symptom of deeper hurt. The cure is to admit that everyone is addicted.  Once denial is removed the shame of feeling deficient can be eliminated and the real roots of the problem – loneliness, insecurity, and past trauma – can be healed and the addiction controlled.

Lust is a failure to exercise the will toward righteousness…It is crucial to view lust as a product of hatred: hatred of our loneliness and our circumstances and hatred of the God who requires us to love in spite of our pain.  Lustful addictions are the vehicle to flee from the ache and use our helplessness as an excuse not to love others and God.

…Many times a lust problem is easier to bear than a deep wound that seems impossible to erase.

…The brutal power of lust will not succumb to any force of the human will unless the heart is captured by the glory and tenderness of the gospel.”