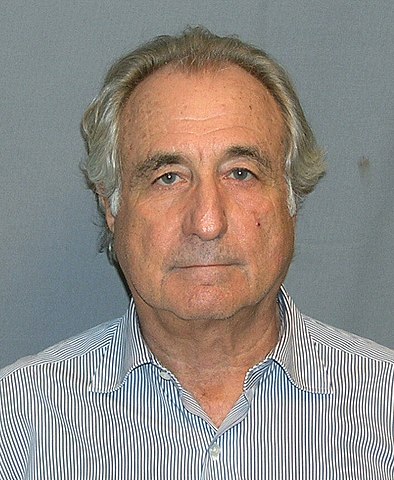 Shawn Merriman headed an investment firm, and served as a lay bishop of the Mormon Church.  Over a period of 15 years, he scammed $21 million from friends, family, and church members – gaining a dubious title as “The Mormon Madoff” [1][2].

Using a Ponzi scheme, Merriman duped a total of 68 investors.  Exploiting his position as a bishop, Merriman gained the trust of fellow Mormons.  Church members who had invested, then encouraged others to invest.

Like Madoff, Merriman touted his investments as both “exclusive” and secure.   Rather than investing the money he was given, however, Merriman used it to support a lavish lifestyle.

Merriman’s crime finally came to light in 2008, when the Great Recession struck and investors demanded their money back.  Unfortunately, the savings accounts, college funds, and retirement “nest eggs” others had placed in his care were by then long gone.

Ultimately, Merriman pled guilty to fraud.  He was sentenced to 12 1/2 years in prison, and excommunicated by the Mormon Church.

Sociopaths like Shawn Merriman and Bernie Madoff  lack a conscience.  Their focus is exclusively on self.  They view others merely as prey, as means to an end.

The victims of fraud are left feeling hurt and betrayed.  Ashamed that they were misled, many victims fail to report fraud, a fact on which fraudsters rely.

Financial abuse differs to the extent that it is intended as punishment or control.

Frequently, an abuser will deny his/her partner adequate funds to run a household, feed and clothe their children.  The victim’s bank account may be depleted and his/her wages confiscated (or employment outside the home forbidden entirely).  Ownership of the home and other real property is transferred to the abuser.

Without resources, a victim can feel trapped and desperate.

Recovery from Fraud and Financial Abuse

Recovery is possible, but it takes time and is likely to be painful.  Law enforcement can be instrumental.  The FBI investigates consumer fraud; the SEC investigates securities fraud.

The victims of financial abuse are another matter.  They may have to struggle to regain financial independence and re-establish a credit rating.  But their lives are again their own, once they succeed in escaping their abuser.  That alone is priceless.

3 responses to “The Mormon Maddoff – Fraud and Financial Abuse”